Thunderbolt 3 Takes of the Best of USB Type-C and Turns it up to 11.

I have to admit, with the invention of USB 3.1 Type-C, I wondered where Apple and the rest of the professional PC market was going to go.  USB-C took a lot of Thunderbolt's advantages and put them into a connector that's not much better than a Micro-USB or Lightning connector.  Intel made a lot of the ambiguity go away with today's announcement of Thunderbolt 3.  Its faster, more capable, and completely compatible with USB 3.1 Type-C.  Apple's future got a lot clearer.

The Mini-DisplayPort connector used by Thunderbolt is tiny compared to even HDMI and USB Type-C makes it look like a pig.  Thunderbolt had some advantages especially with professional customers since its direct to the PCI-E bus, but for consumers, the reversible connector of USB-C, 10Gbps data, DisplayPort and HDMI over a single cable, and gives you 100w of power.  In other words it takes every great great about USB 3.1, doubles the speed, makes it smaller, and combines it with both your display cable and your power cable.  USB-C is both more capable and more flexible.  Because of this, sooner rather than later you'll see Thunderbolt 3 replace USB Type-A ports on computers, MicroUSB ports on phones and tablets, 12v power ports, and if I were a betting man even Apple's proprietary Lightning connector.  It makes too much sense not to.  As for Thunderbolt, it features a couple of features that USB-C does not such as a faster data rate and lower latency with its own dedicated chip and peer to peer communication.

Thunderbolt 3 uses a combination of all of the advantages above and adds PCI-E 3.0 to the mix for up to 40Mbps of data bandwidth.  That's double Thunderbolt 2 and Quadruple that of USB 3.1.  Its fully backwards compatible with USB 3.1 Type-C devices and gives the same 100w of power for computers and up to 15w for bus powered accessories.  It doesn't stop there.  Thunderbolt has built-in 10gig-E ethernet in addition to the existing Thunderbolt peer to peer protocols.  It has a full 8 DisplayPort lanes that can drive twin 4k displays at 60hz.  It gets even better, while external graphics solutions were toyed about unofficially with Thunderbolt 1 & 2, Thunderbolt 3 officially supports external graphics cards for giving your laptop a little more umph.  This is especially huge if you have a laptop with Intel or AMD integrated graphics.

When will you see Thunderbolt 3 laptops, I expect later this year or early 2016.  With the USB Type-C compatibility,  there isn't a whole lot of reason not to add it to the next revision of desktops, desktop replacement laptops, and (mobile) workstations that already use Thunderbolt.  For Apple, fully expect it to show up in the next revision of their computers.  It could also make sense to move Thunderbolt more mainstream.  PC gamers will appreciate the external graphics capability and people that don't want to use Thunderbolt just have another USB-C port on their computer.  We have seen the future.  USB-C is the future with Thunderbolt evolving to become a higher-end version of that standard.  Its a commonsense solution that combined with much improved capabilities will benefit everyone.  I, for one, am excited about the future. 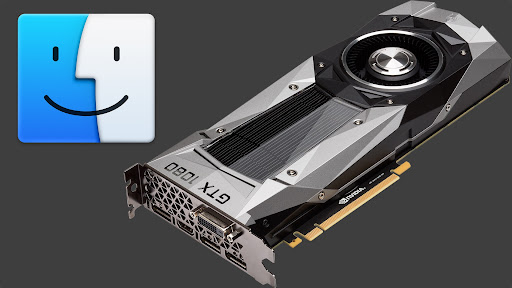